Sep 03, 2020
Roughly 45 percent of adults in the U.S. have hypertension, or high blood pressure. That’s almost one in two adults, or 108 million people, of which 82 million do not have their hypertension con-trolled... 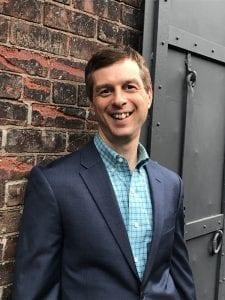 Roughly 45 percent of adults in the U.S. have hypertension, or high blood pressure. That’s almost one in two adults, or 108 million people, of which 82 million do not have their hypertension con-trolled. If that isn’t scary enough, the Centers for Disease Control and Prevention (CDC) reports that almost a half-million people died in the U.S. in 2017 from complications of hypertension in 2017 (1).

Speaking of scary, the probability of complications, such as cardiovascular events and mortality, may have their highest incidence during nighttime sleeping hours.

Unfortunately, as adults, it does not matter what age or what sex you are; we are all at increased risk of complications from high blood pressure. Fortunately, hypertension is highly modifiable in terms of reducing the risk of cardiovascular disease and mortality (2). At least some of the risk factors are probably familiar to you. These include being significantly overweight or obese, smoking, poor diet, lack of exercise, family history, age, increased sodium, depression, low vitamin D, diabetes and too much alcohol (3).

Of course, antihypertensive (blood pressure) medications treat this disorder. In addition, some nonpharmacological approaches have benefits. These include lifestyle modifications with diet, exercise and potentially supplements.

Risk factors matter, but not equally

The moral is that a freewheeling lifestyle can have a detrimental impact on blood pressure and cause at least stage 1 hypertension.

Hypertension complications are felt across gender, age and race

While the data show that more men than women have hypertension, 47 percent vs. 43 percent, and the prevalence of high blood pressure varies by race, the consequences of hypertension are felt across the spectrum of age, gender and race (1).

One of the most feared complications of hypertension is cardiovascular disease. In a study, isolated systolic (top number) hypertension was shown to increase the risk of cardiovascular disease and death in both young and middle-aged men and women between 18 and 49 years old, compared to those who had optimal blood pressure (5). The effect was greatest in women, with a 55 percent increased risk in cardiovascular disease and 112 percent increased risk in heart disease death. High blood pressure has complications associated with it, regardless of onset age. Though this study was observational, it was very large and had a 31-year duration.

Measuring blood pressure in the clinic can be useful. However, in a meta-analysis (involving nine studies from Europe, South America and Asia), results showed that high blood pressure measured at nighttime was potentially a better predictor of myocardial infarctions (heart attacks) and strokes, compared to daytime and clinic readings (6).

For every 10 mmHg rise in nighttime systolic blood pressure, there was a corresponding 25 percent increase in cardiovascular events. This was a large meta-analysis that utilized studies that were at least one year in duration. Does this mean that nighttime readings are superior in predicting risk? Not necessarily, but the results are interesting. The nighttime readings were made using 24-hour ambulatory blood pressure measurements (ABPM).

There is something referred to as masked uncontrolled hypertension (MUCH) that may increase the risk of cardiovascular events in the nighttime. MUCH occurs in those who are well-controlled during clinic readings for blood pressure; however, their nocturnal blood pressure is uncontrolled. In the Spanish Society of Hypertension ABPM Registry, MUCH was most commonly seen during nocturnal hours (7). Thus, the authors suggest that ABPM may be a better way to monitor those who have higher risk factors for MUCH, such as those whose pressure is borderline in the clinic and those who are smokers, obese or have diabetes.

Previously, a study suggested that taking at least one antihypertensive medication at night may be more effective than taking them all in the morning (8). Those who took one or more blood pressure medications at night saw a two-thirds reduction in cardiovascular event risk. Now we can potentially see why. These were patients who had chronic kidney disease (CKD). Generally, 85 to 95 percent of those with CKD have hypertension.

In conclusion, nighttime can be scary for high blood pressure and its cardiovascular complications, but lifestyle modifications, such as taking antihypertensive medications at night and making dietary changes, can have a big impact in altering these serious risks.